“ Our company Ports & Logistics Advisory (PLA) and PortEconomics had the privilege to provide another well-evaluated course. This course was about business development for port/industrial/logistics complexes, with specific attention for issues as drivers of change, the use of concessions, stakeholder management and business development capabilities. Four PortEconomics members, Peter de Langen, Michael Dooms, Theo Notteboom and Jean Paul Rodrigue provided the interactive one-week-training-program, with various workshops. PLA was responsible for the course development and execution. The course participants were Panama Canal Authority (ACP) employees involved in business development. The Panama Canal Authority is in charge of developing the whole canal zone and therefore has ample opportunities to develop new business. The course was very well evaluated by the participants, with an average score of over 9.5! The PortEconomics experts also had an interesting informal exchange of ideas with the Management team of ACP”. 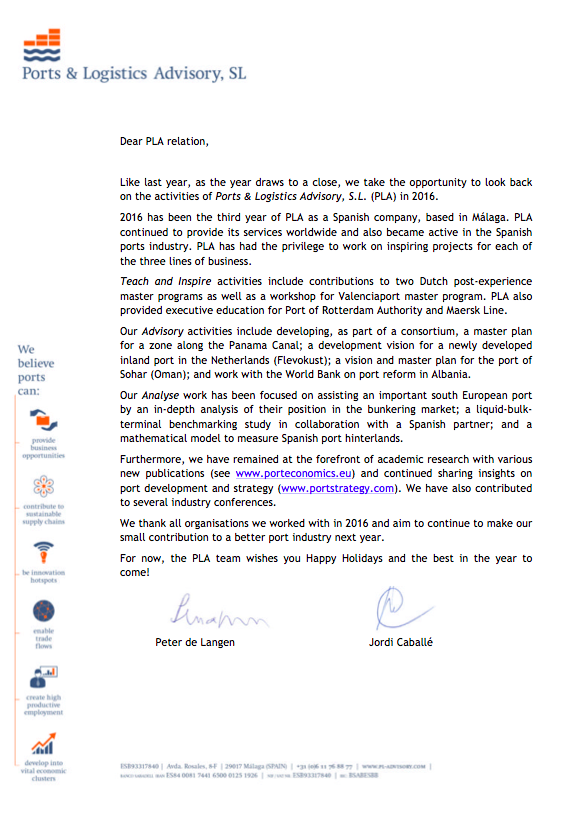 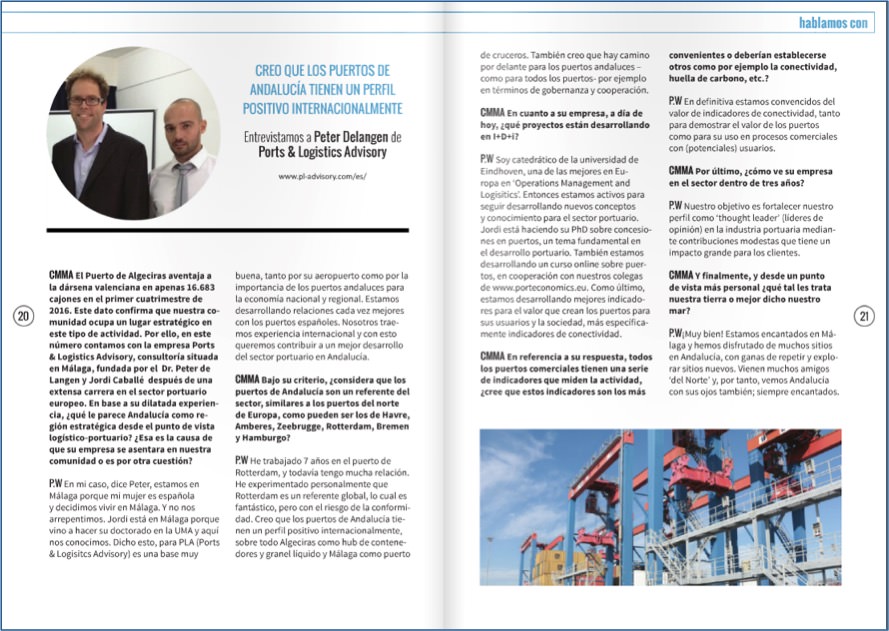 COMMENT: Last month, DP World bought the Maher terminal in Prince Rupert, with a 2014 throughput of a little over 600,000 teu for more than a half billion US dollar – just under $1,000 per teu handled, writes Peter de Langen.
Two aspects of this deal are interesting. First, the price seems to indicate huge confidence in growing volumes: the terminal is to be expanded to a capacity of about 1.35m teu, with studies on the feasibility of a further expansion to about 2.5m teu.
In the past years, Prince Rupert has been the fastest growing port on the west coast of North America, with the majority – reportly up to 70% – of volumes destined for the US Midwest market.
Sustained growth may require Prince Rupert to become the market leader in this market, which has an estimated size of about 3m teu. That is quite an achievement given the fact that it is about 500 miles longer from Prince Rupert to the Midwest  than from LA/Long Beach, and more than 1,500 miles longer than either New York or US Gulf ports. Prince Rupert clearly has a shorter maritime leg and resulting lower turnaround time, it is striking that gives them an edge on the total supply chain costs.
Second, the fact that the buyer is an independent terminal operator also is of note. The ‘Prince Rupert proposition’ seems to rely deeply on the competitiveness of rail rates from CN Pacific, and one or more shipping lines willing to call Prince Rupert as the first North American port. Thus, one could have thought that a joint-venture structure with a shipping line and/or CN Pacific and a terminal operator would be most likely, as this would commit more players to the Prince Rupert proposition.
The fact that DP World has followed a go-it-alone approach further suggests confidence in the Prince Rupert proposition. And all this in a context of the Panama Canal expansion, pressure to improve labour practices in the US west coast ports, ongoing ‘playing field’ debates between the US and Canada and (my prediction) stabilising instead of expanding freight flows between North America and Northeast Asia – this is certainly is a market to be watched In the years to come.